There are often times when polishing a car that it’s not necessary to reach for the most aggressive polish first. In fact, the rule should always be ‘least aggressive first’.

Medium cut polishes are intended to remove light to medium defects from paintwork, while also producing a reasonably high gloss finish. It can be used in conjunction with medium and heavy cut foam pads, or with a lambswool pad.

Regardless of the paint type, I usually find that a final refinement stage is needed using a finishing polish. As you would expect from a specialist company like Menzerna, 2500 contains no silicon fillers to mask imperfections.

For all tests, I use a Vertool Forced Drive polisher and a 150 mm Menzerna Medium Cut foam pad.
As is good standard practice for any polishing work, this product should be used out of direct sunlight on a dry day, or better yet indoors. For best results, the surface to be polished should be fully decontaminated, which should include a hand wash, tar and iron removal and if needed, use of a clay bar.

Check out our full guide on full paint decontamination here.


I find one spritz of water on the pad helps to lubricate the pad when polishing with Menzerna products. Priming the pad with product to begin with helps to reduce friction between the foam and the paint, which in turn can reduce holograms.

With the pad primed, 3-5 drops of polish the size of a 5p are applied, and the polish spread over the paint on a low-speed setting. Bumping up the speed on the machine to about 80% of full power, I completed around five polishing passes on an areas roughly 40 x 40 cm until the polish began to turn clear. I then bumped the machine up to full power for a final pass to improve the clarity of the finish. I was very happy with the work time of the product.

A good improvement is immediately noticed when polish residue is removed with a microfibre towel and panel wipe solution. The vast majority of swirls have been removed, which in turn greatly improves the gloss of the paint.

Deeper clear coat scratches were not removed, but this was not expected from a medium polish.

Despite the steps taken to minimise them, as well as changing my technique to get the best results, I still could see visible holograms in the paint under inspection, meaning further refinement is needed after this polish.

As mentioned, this polish should be used as part of a multi-stage correction. It is not suitable to use as a one-step polish, as the level of refinement it provides are simply not good enough in my mind.

I think its most practical application would be to use it as an initial cutting compound on very soft paint, where using a heavier compound is unnecessary. For harder paints, it will only serve to correct swirl marks and not any deeper scratches. I think for a harder paint type, Menzerna 400 would be a better choice to remove deeper marks.

I did not notice any major issues regarding polish residue or dusting, with brushing the pad of polish before reapplying playing a big part here. It was not the easiest polish to wipe off, but removal was made much easier with the use of panel wipe, so this is not a deal-breaker for me.

Menzerna is not intended to be used as a final step in paint correction, although it would be possible on a light-coloured vehicle. On darker paints, however, a refining step should be used. This will remove any fine abrasion marks left by the first polishing stage and also remove any holograms or marring present. This should consist of a finishing polish combined with a finishing pad.

Products that I have found to work well within the Menzerna system include 3500 and 3800, both low cut, high gloss polishes. If working on a soft paint I would say go for 3800, but if on a harder paint finishing with 3500 may be more appropriate.

During testing, I polished an entire section with 2500. I then split this section with detailing tape and polished one side with 3800. It is hard to capture the difference on camera, but I noticed a real improvement in clarity after using 3800.

To try and give a more quantitative score for the cut of this polish, I used a paint depth gauge to measure the paint depth before and after the polishing set. This will give a rough estimate of how much clearcoat has been removed from the paint.

My testing and averaging showed a very insignificance difference between the before and after depth readings. Approximately 2 to 3 microns of difference (1 micron = 1 thousandth of a millimetre). This is why it will take a long time to remove deeper defects in the paint, but swirl marks can be removed effectively.

Depth of clear coat can vary greatly from car to car, which makes having a paint depth gauge a great help in determining how much polishing can be undertaken.

250g of Menzerna 2500 usually can be purchased for around £15.00, or a 1 kg bottle for around £30.00. It is hard to predict how much polish will be needed for a whole car, as the condition and the hardness of the paint will all cause variation in this.


I weighed how much polish I would normally use to correct an area of approx. 40 cm by 40 cm. As shown, this ended up being about 7g. I did add a bit extra in the photo below to account for priming the pad. I estimate there are between 20 and 25 sections on a medium-sized car, meaning up to 175g of polish may be needed.

Here the benefit of buying the larger bottle can be seen. 175g from a 250g bottle will cost around £10.50. If a 1 kg bottle is brought, 175g of polish will only cost £5.25, bear in mind another finishing polish will also need to be purchased for the best results.

Menzerna 2500 could be used as a one-step polish, as the product does give a good level of gloss, while also correcting a reasonable amount of damage. On a darker vehicle, you may notice the defects left behind more than you would on a lighter vehicle.

No, this is purely an abrasive product and contains no waxes or fillers. Menzerna 3 in 1 contains Carnauba wax that adds a layer of protection to your paint.

This will depend on many factors, as a general rule, Menzerna 2500 is not abrasive enough to remove deeper clearcoat scratches, however, it will easily remove swirl marks from paint.

Does Menzerna 2500 create a lot of dust?

No, the dusting produced by this product is negligible and is also easy to wipe away any polish residue.

As mentioned, this polish does a good job of removing swirl marks from the surface of the paint. In the photos below, you can see a before and after. Looking at the light source you can see how many swirl marks have been removed, but it is also clear that some haze remains in the surface, hence the need for further refinement.

Menzerna 2500 is a product I have owned for a while but yet have not had many occasions when it seemed appropriate to use it. Having had the opportunity to play around with it a bit more for this review, I have a greater appreciation of its uses, but it would not be the first polish I would buy.


It does however come in at a very competitive price and as mentioned, would be useful when dealing with a softer clear coat or single stage paint.

Ultimate All Wheel cleaner is Meguiar’s flagship wheel cleaner. It contains an active fallout remover, turning the cleaner red as it comes in contact with brake dust and other iron fallout. It can be used as a contactless cleaner on lightly soiled wheels or to speed up contact cleaning.  It is available in many UK… 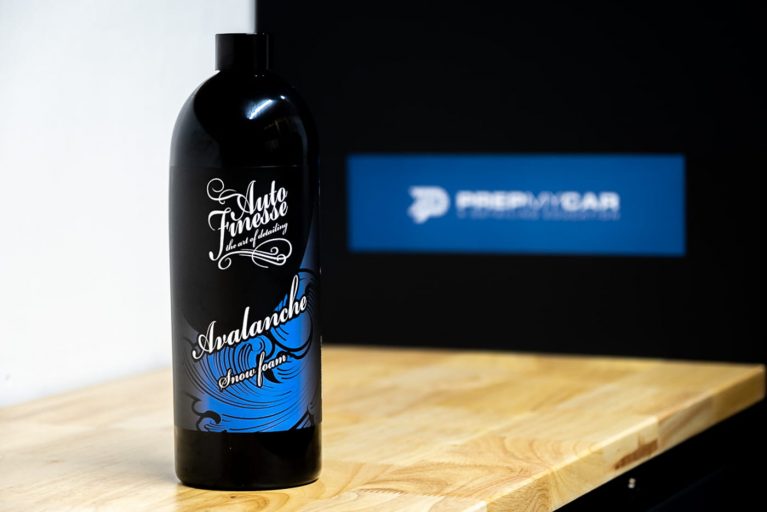 Avalanche is a citrus-infused snow foam from Autofinesse. It creates a thick blanket of foam on a vehicle, loosening dirt to allow for a safer contact wash. Avalanche performed reasonably well as a pre-wash but falls behind competitors in value for money.  Prepmycar Rating: 7.7 / 10 Auto Finesse Avalanche snow foam Pros Cons Testing… 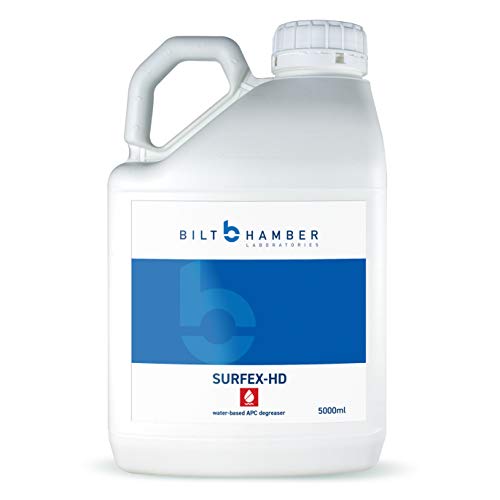 In this article I test and review Bilt Hamber Surfex HD. It’s a staple product that I use regularly as it tops my list for the most versatile detailing product on the market. Bilt Hamber Surfex HD is a water-based degreaser/all-purpose cleaner than can be diluted to suit many cleaning needs. I’ve listed below some… 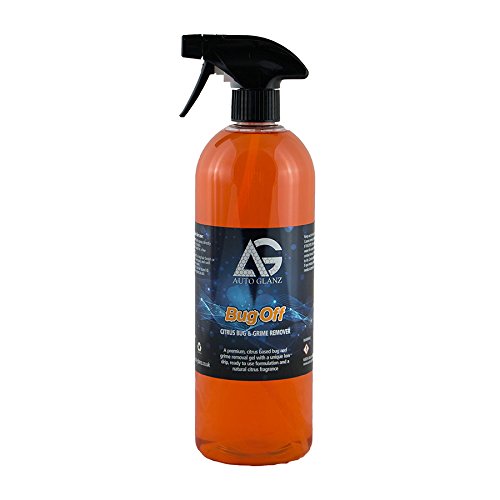 It is hard to go for even a short drive in the summertime without the front bumper and windshield of your car getting coated in bugs. They are unsightly and can obstruct your vision if a build-up occurs on the windscreen. If left on the paintwork for too long, they can also begin to cause… 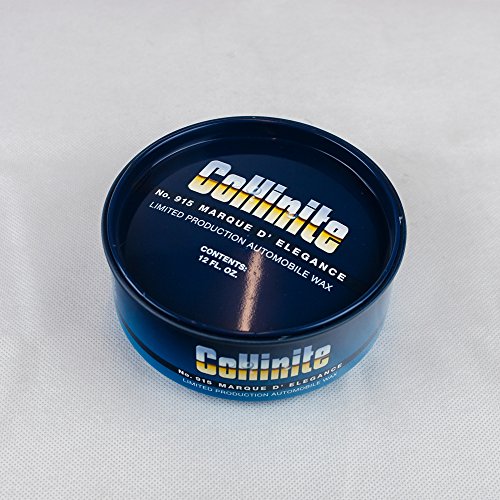