Hello everyone and welcome to Prep My Car!

My name is Jonathan and I’m a self-confessed car nut.

My passion for cars came about in the early 1990’s when my old man bought me two model car replica’s: Ferrari F40 and the Bugatti EB110. Not a bad start, right! In fact, I’m pretty sure that I’ve still got the models of the cars somewhere of which I must dig out. Anyway….

Whilst my dreams of owning either one of these cars is still very much that, a dream, I’ve loved all kinds of different car makes and types and throughout the years, I’ve been lucky enough to own some beauties (and lots not so beautiful).

The first was a hand me down from a friends mum actually who was going to scrap the car. Talk about too much money!! I ended up buying it off her for £50 plus a bunch of flowers…bargain!

“Dorothy” as she was affectionately known, was purple, had no power steering, over 180,000 miles on the clock and often flat out refused to start. 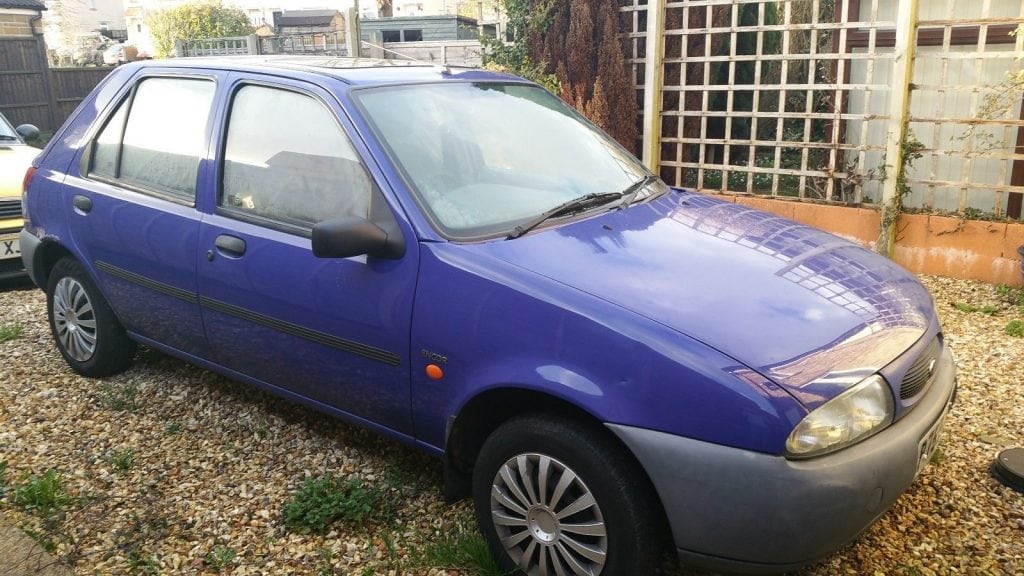 But, she was my first, and you never forget your first!

After Dorothy came a number of other clangers, that were more or less on their last leg. They included a Mondeo who’s passenger door didn’t work and 2 Nova’s, obviously, so i could attend the local Friday night cruise out the back of Woolworths!

What was great about getting them so cheap was that I was able to get them insured for cheap and money could be spent on that instead of the car.

“Bear Buggy” was one of my favourite cars. The picture of me above has me as looking rather trim, but in my younger days, I was far from it. I used to get the nickname the “Bear” due to my larger frame, shall we say. 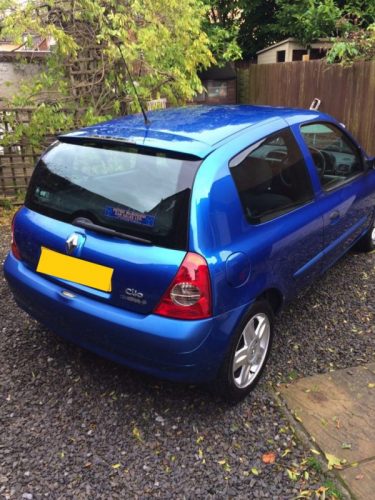 The Clio was a 2 door and these cars were not designed for folk 6″4. I was essentially sitting on the back seat to drive it and there was no way that anyone could sit behind me. But, we have had 5 people with 5 cricket bags in it as well, which is testament to being the only one of your mates that could drive and sheer desperation from others not to have to jump in a boring car for a lift.

The Golf was my first “proper” car and was my absolute pride and joy. I’d worked so hard to get it and bought it brand new, which was something I thought I’d never been able to do.

The golf features on a number of articles and whilst I’ve always kept my cars in good nick, it was the golf that really caught my eye and got me into the detailing bug. 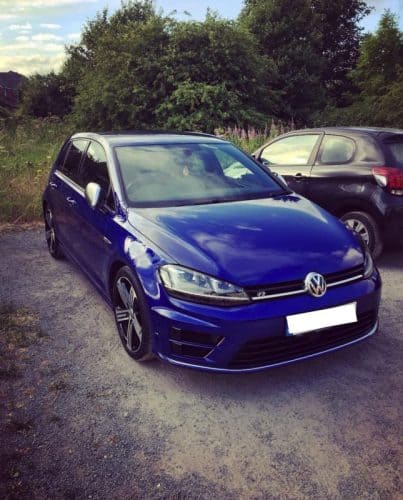 I’ve actually had two Golf R’s now, a Lapiz Blue and Deep Pearl Black (above) They are both stunning when clean and as you can see from the pics dotted around on site, have been meticulously cleaned and detailed at the same time.

I’ve always wanted an “M” car and again, worked my arse off to get this. I’ll admit, initially, I wanted black, but then thought I’d change up at the last minute and went white. It looks amazing when clean. Probably not the same pop in the paint as the Golf, but stunning nonetheless. 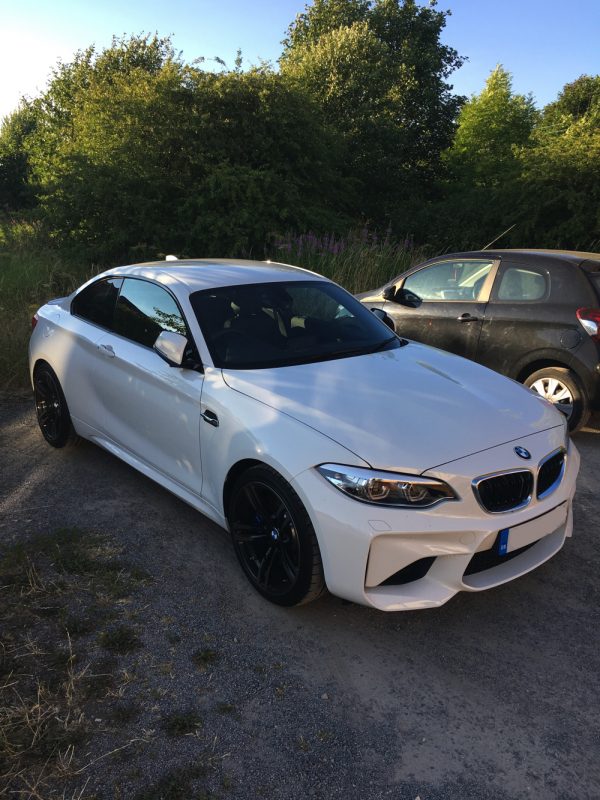 The car is amazing to drive though. BMW has a tacky slogan of something like “Ultimate Driving Machines” but, it’s true! It’s my first RWD car as well and whilst the Golf is amazingly planted, it is a bit sterile, where the BMW just makes you belt out laughing all the time at how barking mad it is.

So that’s a brief look at my car history, which hopefully will continue to grow and who knows, might have the Ferrari or Bugatti in one day. 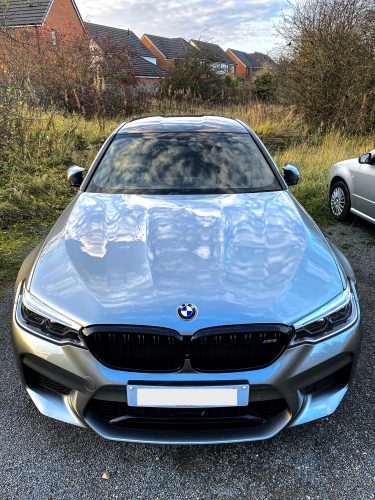 This is my latest car. It’s another BMW and this time a 2018 M5. I know I say this about all my cars, but this is hands down the best I’ve owned. It could also be the best car I ever own as well.

For those that don’t know, the M5 comes in with a massive 4.4L V8 (my first V8) and almost 600BHP. The best thing, for me at least, is that it has 4WD. You can switch between RWD and 4WD, but there is so much power that outways my driving skill in RWD.

It’s very different from the M2, as you would expect. It’s an executive cruiser for the most part. In “comfort” the suspension does a great job and at 70mph is so comfortable on the motorway you could be in a 730D.

However, flick a few switches and this thing turns into an animal. The noise and power are next level. The acceleration from a standing start is increcedible. It just keeps pulling and the only thing that is limiting on the car is me, the driver!

It makes a lot more sense in the UK to have 4WD. It’s actually RWD biased and you can feel that, so it hasn’t lost that BMW RWD charm.

When I say that this might be the best car I ever own, I just don’t see where you can improve this. Rapid. Comfortable. Not stupid on MPG. Head turner. What more can you want? I feel very lucky to have this and think it will remain for longer than most cars I own.

About Prep My Car

I decided to start PMC in 2018. I’m a huge detailing nut and have probably spent thousands of pounds over the years on products and thousands of hours researching techniques.

My friends often came to me asking questions about the products and how to do things. You know, beyond simply washing with Fairy Liquid and a sponge.

I guess, for them, the proof was in the pudding and whilst I haven’t always had the flashiest or most expensive cars in the world, they’ve always looked as good as they can be.

I’ll be honest in that my OCD does kick in when it comes to cars. I probably take things to the next level than most would think was sane, but I’m OK with that. The idea behind Prep My Car is to offer enthusiast detailing advice by an enthusiast detailer. To be fair, I know my work is better than some professionals, but I wouldn’t dream of tarnishing them all with the same brush as there are some quality ones about.

I want to be able to show you how to get your car looking professional quality without the professional cost.

But, I also want those who don’t have the time or even care as much, to be able to do a better job than they were previously, for the same effort.

I’m not a professional detailer, but I am as enthusiastic as they come and I think I can help a huge range of people or at least, that’s the goal.

Prep My Car takes a lot of work. On some of my articles, I add in the time taken just to research certain products. It can be dozens of hours for each article.

So, I made the decision to add some affiliate links to the site. These are mainly in the form of Amazon affiliate links, which is as big a company as you get these days.

It works when someone clicks a product link on-site and then is taken through to Amazon. If they buy the product I get a percentage of that sale, usually around 2-4%. So, for a £30 bottle of wax, I would get about 60p – £1.20. Not a lot!

The thing to remember is that you don’t pay any extra for this. The money is taken from Amazon’s end. So if a product cost £30, you pay £30.

Also, and this is important so I’ll use underline AND bold for this: I am not contracted by any company to provide product reviews or give preferential treatment.

It makes no difference to me at all regarding products and which ones I think are good.

As PMC is continuing to grow, I’d love to get a detailing community going, which is the long term goal. If you’ve got this far, thank you. PMC really is something that I love doing and I love pouring the time into researching products and helping people get better at detailing.

It’s a platform that is growing and I am learning every day. I hope you enjoy your time on-site as much as I have enjoyed making it! 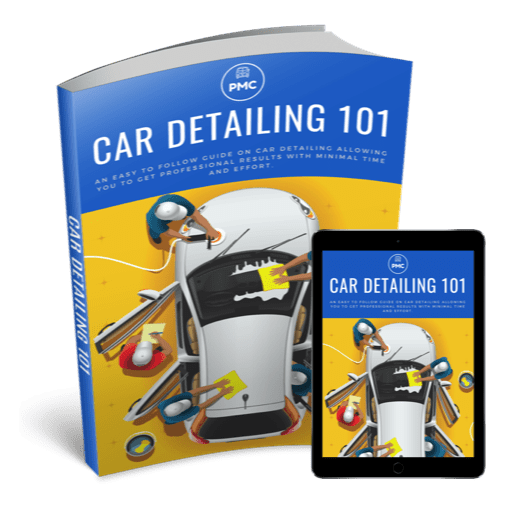 We show you how to get professional level results in this easy-to-read illustrated eBook. It will save you over £100 on products alone, plus countless hours in research.

Prep My Car is a participant in the Amazon Services LLC Associates Program, an affiliate advertising program designed to provide a means for sites to earn advertising fees by advertising and linking to amazon.co.uk.