At first glance, it can be hard to tell the difference between Menzerna’s medium-cut polishes. The range consists of three polishes: 2000, 2400 and 2500. All score 5/10 by the company’s cut score, with the gloss factor, only varying slightly between each polish.

Menzerna 2400 has a cut score of 5/10 and a gloss score of 8/10, making it the ‘glossiest’ of the medium cut range. This polish is designed to work especially well on drier surfaces, as may be found on single-stage or heavily oxidised paint. It will work well with a medium-cut foam pad and can also be used with a lambswool pad.

This polish would typically be used as part of a multistage process. It would not have enough cut to remove deep scratches but is capable of removing sanding marks down to 3000 grit and swirl marks. With a gloss rating of 8/10, this polish could be used as a stand-alone product, especially on a lighter coloured vehicle, for best results however users will want to refine further with a finishing polish. This polish can be used with both a rotary and a dual action polisher. 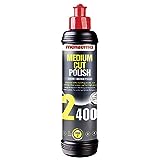 I tested this product using a Vertool Forced Drive polishing machine. Before polishing I have ensured the surface is clean and all tar, fallout and embedded contaminants have been removed, using chemicals and a clay bar.

Menzerna 2400 contains extra lubrication for working on dry surfaces, as a result of this I have not found it necessary to apply any water to the pad before polishing. I prime the pad with the product before starting, this helps to reduce friction and hazing where foam rubs against the paint without any lubrication. Then I applied 5 or so dots of polish roughly the size of a 5 p before spreading the polish over the panel at a low machine speed.

I have found that increasing the speed to just below maximum and making 5 complete passes before making a final pass at maximum speed and no pressure yielded the best results. The work time on this polish was good and even after 5 passes, it had not dried up.

I tried this polish on a badly swirled and faded section of a black bonnet. While working the polish I could see the gloss improving with each pass as the swirls were removed. upon removal of residue and wiping down with panel wipe a nice shine was revealed, with all swirl marks removed.

I did not notice any of the hazing marks that I had noticed using Menzeran 2500.

This polish could be used by itself, providing the paint is free of any deeper defects. It will easily take care of swirl marks and fading. It would be a good choice for use on oxidised single-stage paint due to the added lubrication.

If I were working on a paint that I knew to be very soft, such as many Japanese cars, I would probably choose this polish to correct heavy defects, to reduce the risk of burning through the paint. It is a good starting point at the start of any polishing job. It is not wise to start with the heaviest cut compound, instead, starting with 2400 and evaluating whether a more aggressive compound is needed is a better approach.

The extra lubrication in this product was very beneficial with regard to residue and dusting. There was no dusting to speak of and the residue left after the polishing was easily removed with a plush microfibre towel, which is an impressive feature of most Menzerna Polishes.

This product could be used by itself, especially on a lighter colour paint. The finish is even and light reflects well to leave a pleasant gloss, even on my black test panel.

For an even more impressive shine, Menzerna 3800 could be used with a foam finishing pad. 3800 is the final say in gloss, so is a good choice for those seeking a show-like finish, before protecting with an LSP.

This polish is sold in the standard 250 ml and 1000 ml bottles which can be bought for around £15 and £30, respectively. I weighed how much polish I needed to polish a section roughly 40 cm by 40 cm. This was about 9 grams.


There are roughly 25 sections on a standard hatchback, meaning roughly 225 grams of polish may be needed. With the density of this polish being 1.1 kg/L, this amounts to 205 ml of polish.

Buying a larger bottle will be a better value for money, as 205 ml from a 250 ml pot is £12.30 worth of product, whereas the same amount of product costs just £6.15. Bear in mind this will increase of a larger car.

Before and after testing, I used a paint depth gauge to measure the thickness of the paint to estimate how much clearcoat had been removed. The difference between the before and after averages was 2 μm, which is consistent with both 2000 and 2500 polishes (1 μm = 1/1000th of a millimeter). This would not be enough to remove deeper scratches from the paint, but swirl marks will easily be removed.

As I mentioned, Menzerna 2400 was tested on a heavily faded and swirled panel and performed well. All traces of swirl marks were eliminated, leaving a deep shine as the photos below show. The polish left the paint with great depth, and you can see the metallic flakes that shone through after correction.

What is the difference between the Menzerna medium polishes?

All three polishes in the medium cut range have very similar values for cut. The differences arise in the level of gloss produced. Of the three, Menzerna 2400 produces the highest gloss and would be the one I would choose to use.

Menzerna 2400 can remove sanding marks down to 3000 grit. However, you will likely be better with a slightly more abrasive polish to get rid of deeper sanding marks.

What is a good polish for single stage paint?

Do I need all three Menzerna medium cut polishes?

No, all three products are similar in terms of cutting ability. MCP2400 produces the highest gloss, so is the one I would choose.

Menzerna 2400 is for me the strongest in the medium cut range. It makes up the shortcomings in gloss that Menzerna 2000 and 2500 offer while maintaining the same levels of cut. I like the extra lubrication that this product has, giving a longer work time and contributing to the higher gloss.

I do not find myself in many scenarios where I would reach for a medium-cut polish, but If I did, this would be the one I would choose. I like the gloss levels and could use it as a one-step polish on certain cars and would find it especially useful on a single stage paint. 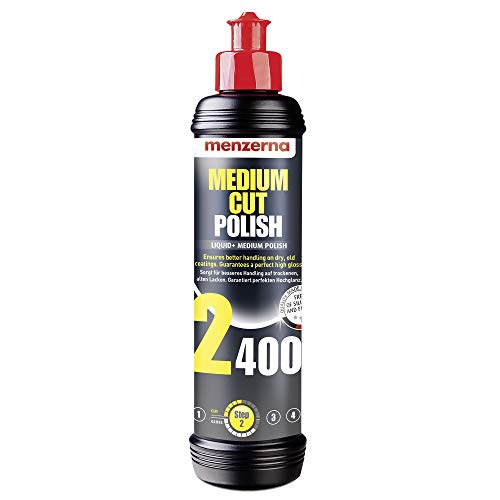 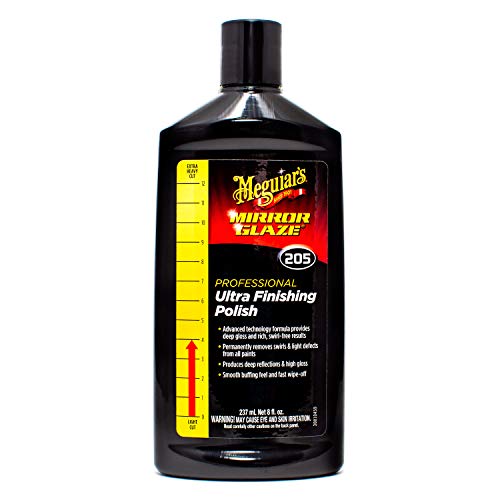 Polishing your car is undoubtedly the process that is going to get the most notable aesthetics results that you can get with any detailing stage. Polish is used in order to revive paint, removing swirls and scratches. Picking the best car polish is actually a fairly tough task, mainly because there are so many to… 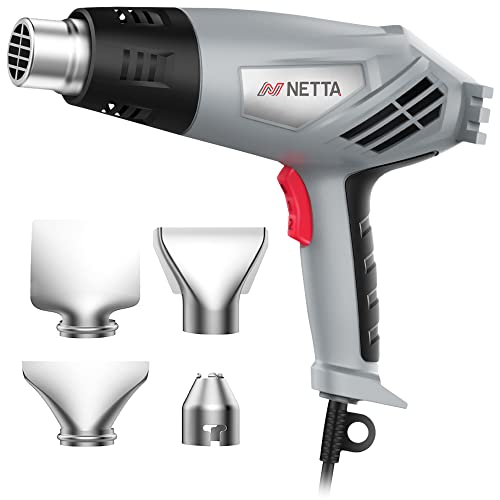 An increasingly popular trend these days is the wrapping of cars. Vinyl wraps offer you a range of colours far beyond what a manufacturer can offer as standard. However, there may be times where you need to know how to repair and remove a vinyl wrap, which this article will show you.  Wrapping your car…

Gtechniq I1 Smart Fabric AB is effectively a fabric sealant with anti-bacterial properties that is effective in killing 99% of bacteria. It can be used on all kinds of fabric materials and protects against water-based stains, creating a hydrophobic effect. Gtechniq’s claims aren’t wrong in my opinion. It was extremely easy to use – just…

The clay bar product from Meguiar’s is available as part of a kit that includes a quick detailer or as a stand-alone 80 g block. It is a medium-grade clay bar able to remove embedded contaminants from most automotive surfaces. It is a good quality clay bar that is easy to mould into shape but…

Poorboy’s World Wheel Sealant is a relatively easy to apply wheel protection that can be applied to most wheel surfaces. It makes wheels easier to clean as well as keeping them clean for longer but fails to deliver durability of any practical use for frequently driven cars. Prepmycar Rating: 6.6 / 10 Poorboy’s World Wheel…